Poland is one of the best educational centers in Europe

Poland became one of the most important hosts for international students searching for the best European universities. The country serves as a model globally, and that’s because the investments made here are steady. Poland created a high-quality education environment due to its traditions of academic education which goes back to 1364. 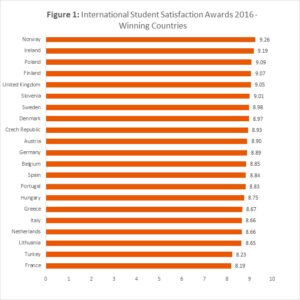 International students vote for the Polish Universities every year, and last year a total of 493 students wrote about their experience in Poland, with an overall satisfaction rate of 9.1 from 10, which placed Poland as the third in this year’s award session. There were seven universities included in the study, and all of them had excellent results.

But what makes Poland so good when it comes to education? There are some elements that worth mentioning.

Poland’s higher education system is evolving rapidly. Poland is the fourth country in Europe regarding the students enrolled, after the United Kingdom, Germany, and France. The total number of students is approximately 1.5 million, and every year at least half a million people begin their professional journey in universities and colleges. Due to the fact that Polish educational centers offer courses in foreign languages, the country is the perfect destination for the student looking for a place to study abroad.

Moreover, becoming more innovative is one of the universities’ goals for the future. Modern university campuses with access to research centers and laboratories are appearing in the major academic places. So far, Polish schools invested in over 2000 scientific centers, which have been modernized to satisfy the students’ needs for more practical activities. Those centers are also investing in unconventional programmes for the students. For example, Polish-Japanese Institute of Information Technology created an innovative study program which blends art and design with new media and information technology.

Even the Government understood that education worth the investment. The spending on scientific centers and higher education will rise by EUR 230 million over the next several years. The state will also increase the GDP percent for education from 0.44% this year to 1% by 2020.

Poland is an essential player in the Bologna Process. Due to the introduction of the three-stage education studies (Bachelor, Master, Doctoral) as well as the European Credit Transfer System, both Polish and international students are able to stay mobile and can continue their professional education everywhere in the European Union.

With the Erasmus Program that has a history of over 20 years, more than 40.000 foreign people came to Poland to study, while almost 100.000 Polish students had the opportunity to explore in another country. That is a big step in developing the educational system overall because universities were always interested in what students experienced abroad and then implemented similar activities.

The Polish higher education keeps its quality due to the regular evaluations. The central Polish institutions which monitor the education quality are the Polish Accreditation Committee, the Conference of Rectors of the Academic Schools placed in Poland, and the General Council for Science and Higher Education. There are strict accreditations for every course available in Poland, and there are more than 5000 different courses open.

Also, the latest Organisation for Economic Co-operation and Development study ranked Poland as the 5th in Europe and 11th in the world for its educational system. That is not a surprise for the OECD because Poland implemented comprehensive changes in its system to break from the Communist paradigm, and the results are now visible.

We can also see excellent results in IT programs too. For example, Warsaw University is ranked first in the international Top Coder international ranking. The IT industry gives Poland recognition on the European map. Due to this high education system Polish programmers are among the best in the world, and their results on tournaments and competitions are impressive. The last accomplishment for Warsaw University student was at ACM International Collegiate Programming Contest, organized by IBM earlier this year. Poland finished the tournament with a gold medal, surpassing China team.

There is no surprise that Poland is one of the best centers for higher education. Its investment and implication created the perfect educational environment for both Polish and international student. And more important is that Poland won’t stop investing in its young people because education could help the country to be an attractive location for investments and outsourcing.

Why GraphQL is the future

On our last article, we discussed how Meteor is on the wave and what’s its big contribution for revolutionising the entire industry. Right now, the current plan for Meteor 1.5 seems to be to focus on GraphQL integration, among other important goals. By now you’ve almost certainly heard of GraphQL, an open-source data query language and runtime. What is GraphQL? Probably it is easier to…

Poland’s rise as one of the top locations on the global business services map is made possible due to investors rating it as a reliable and stable place to do business. The country is now an established part of a network of cross-border relations between international corporations and Polish companies providing business services. They find that having an office in Poland offers a competitive advantage… 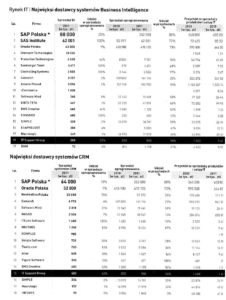 We’re pleased to inform that IT Support Group ranked 15. among biggest CRM deliverers in yearly Computerworld ranking! This high position confirms ITSG’s best standards and our strong position on Polish IT market.